How To Be A Religious Nut 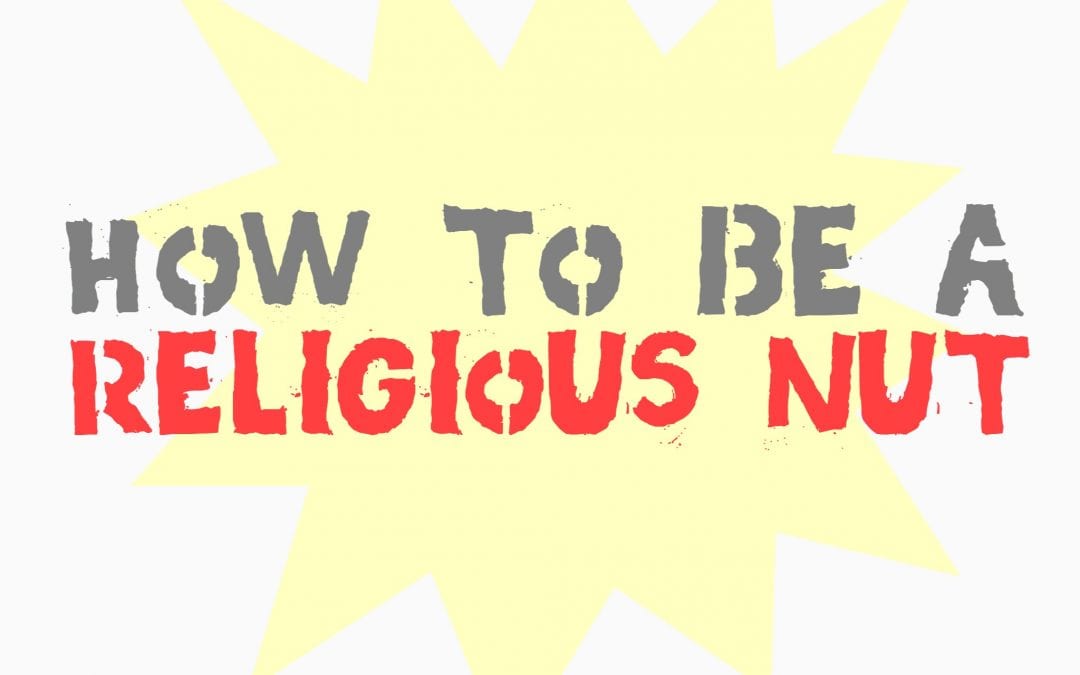 “You remember the way things used to be? Back when the people did it the way it was supposed to be done? We’ve lost sight of the way we should be doing it, and I’ll do whatever it takes to get us back to that.”

Sound familiar? You’ve probably heard something similar to this from someone who considers themselves radical.  Maybe it’s getting back to the way America used to be, or back to the way the Church used to be. The word radical means “to the root.” To be radical is to seek a return to the root, to the beginning, to the genesis of something. In a radical mindset, the modern version of something has lost its sense of identity, and it requires the digging down to rediscover the roots of an idea.

As you can imagine, this isn’t necessarily a bad thing. Sometimes we do need to remember our roots, and in many ways return to things we’ve lost. What matters, though, is what we see as the root.

Take for example Paul, or as he is known in the early part of Acts, Saul. Saul has all the religious credentials. He had Jewish lineage tracing back to the tribe of Benjamin, and trained as a Pharisee under highly respected rabbi, Gamaliel. He was extremely devoted to his religious life, and as a Pharisee, would have tried to follow the law and traditions of Judaism with utmost detail. He would have known the Scriptures backwards and forwards, learning everything there was to know about God.

That’s why an upstart rabbi named Jesus and his rag-tag band of followers would have been such a threat to his worldview. They represented a movement away from what Saul saw as his religion’s roots. You can imagine Saul’s thrill at hearing of this Jesus’ crucifixion, as well as his anger at the reports of his resurrection. Not only so, his followers seemed to be multiplying at an alarming rate, despite his best efforts.

And it drove Saul to violence. Acts 7-9 give a picture of a man who not only condoned violence towards Christians, but participated himself in it. To use our modern language, Saul was radicalized. He saw this violence as a way to please God and return the world to its roots. We’d call him a religious nut.

The Real Root Of Things

Ironically, the life and ministry of Jesus was the return to the true root of Saul’s religion. Jesus was (and is) what God was like. In Jesus, God was showing the world that the root of religion was undying, sacrificial, relentless love, not trying harder to please God. Saul was right to want to return to the roots of his faith, he just had the wrong root. The irony of Saul’s life before Jesus was that he know everything there was to know about God – except his love for him.

In Acts 9, Saul has an encounter with Jesus that changes everything. In this moment, the false root of try-harder religion was uprooted, and love was planted in its place. Saul became Paul, and he ended up writing most of the New Testament. In his letter to the Ephesians, he prayed this for the early church:

And I pray that you, being rooted and established in love, may have power, together with all the Lord’s holy people, to grasp how wide and long and high and deep is the love of Christ, and to know this love that surpasses knowledge—that you may be filled to the measure of all the fullness of God. Ephesians 3:17-19 NIV

Paul was now rooted in the love of God found in Jesus. He didn’t just know about God, He knew Him and His love – both for himself and the world around him.

So how do you become a religious nut? Root your religion in something other than God’s love for you and the world around you. Theology is important, and wanting religion to be at its best is a worthy aim. But the moment we lose love, we’ve lost everything.

This week, ask God for a fresh sense of his love for you. You don’t have to earn it, you don’t have to work it up – He’s already pursuing you with his love right where you are. He loves you right now – not the future, improved version of you. You don’t get your act together to earn his love. When you receive it, it changes you.

This weekend, Throwback continues our journey in Acts, as we learn how a community rooted in love transforms our world. See you Sunday!