Trading Swords For Scalpels In A Polarized World 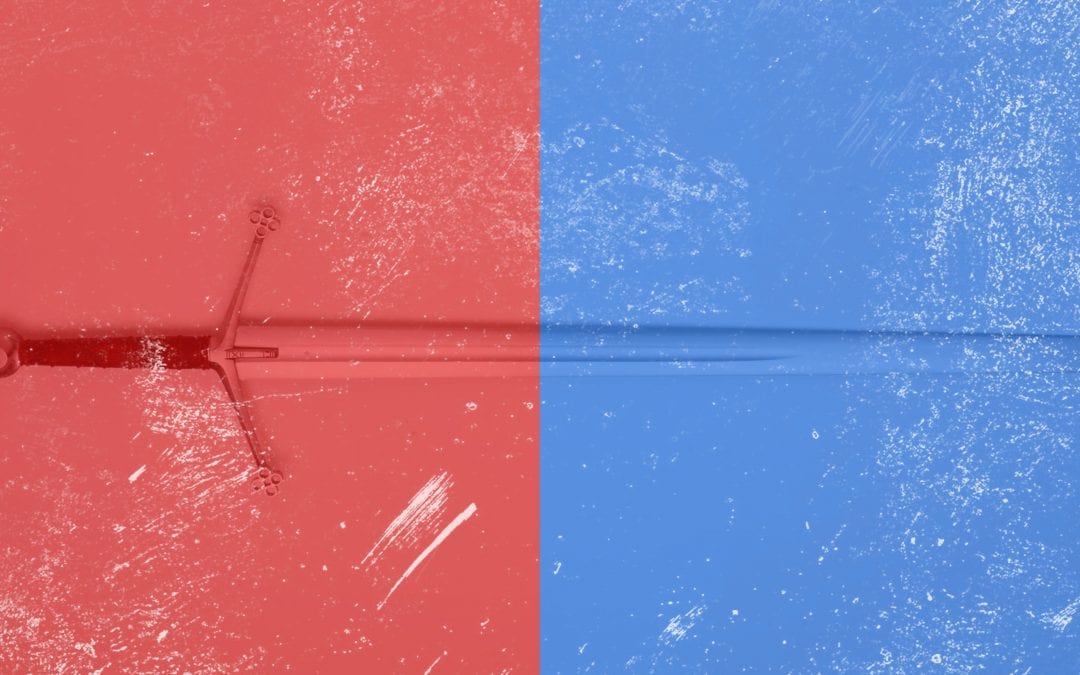 There is one irrefutable, undeniable, eternally consistent rule on the internet:

Some of the meanest, most vitriolic conversations you could ever imagine happen in the comment sections on websites and right below controversial Facebook posts. Comment sections are where good intentions go to die a quick, violent death. Why? At best, you think you you’re sharing an opposing viewpoint or a word of encouragement. But because words, facts, and articles on their own lack any context of real, human experience, almost everything is misinterpreted and blown out of proportion – making everything worse.

I’ve seen this up close and personal as a pastor, watching helplessly as well-intentioned people (including myself) try and mend the divide between people and ideas in an attempt to fend off the demon of polarization. In most cases, when I’ve attempted this online, I’ve failed. At best, we’ve come to an uneasy truce. As a recovering idealist and enneagram 9 (think: can’t we all just get along??), it’s honestly been a source of discouragement – especially in a year where our nation’s polarization has erupted to seemingly volcanic levels.

Unfortunately, the slow work of wisdom and love is not rewarded in our hot-take, either/or culture. You’re either republican or democrat, progressive or conservative, build-a-wall or open borders, affirming or non-affirming, pro-life or pro-choice, evangelical or ex-vangelical, raging capitalist or bleeding-heart socialist… and if the powers and principalities of the world have their way among us, there is no middle ground. No room for conversation, nuance, relationship, humility, and finding commonality. If you’re an American, there’s a sword placed in your hand, and you’re expected to use it on someone. So have at it! Take a side, take a stand, raise your voice, and defeat the enemy. After all, you are right and they are wrong. It’s that simple. Right?

But… is it? You see, the closer we get to the issues that divide us, the more complex they really become. In fact, the worst thing you can possibly do for the pride of your position is to spend quality time with your ideological opposite. You’ll find people who vote pro-choice, and yet are vehemently anti-abortion. You’ll find people who hold to a traditional sexual ethic who love and support LGBTQ folks having the same rights as straight people. You’ll find capitalists whose primary purpose in making lots of money is to give it away and be radically generous. All and all, you’ll find that making monoliths out of entire swaths of people not only inhibits compassion, it distorts reality. Both sides of an issue almost always fail to see (or look for) the nuance and complexities on the other side. And while you may consider your version of truth to be black and white, the application of that truth in the real world is anything but.

And if – if – you see this complexity and nuance, the sword that you hold in your hand will be exposed for the ineffective tool that it is. As I’ve said to my sons (quite literally) several times at home during dinner, there are no swords at the table. At the table of Jesus, the battlefield is left behind. Enemy love and compassion for the Other are the new norms in the kingdom of God. For those who’ve only known the battlefield, this transition to the table from the battlefield can be a difficult one. The swords we used to battle the enemies in front of us have become more than a tool – they are an identity. The only way we’ve been taught to identify ourselves is by two simple words – not them.

But hear me: to lay down our swords is not to ignore the issues that were dividing us in the first place. It is not to take a posture of passivity. Instead, it’s simply to see that a scalpel – not a sword – is the most effective tool we have to face the issues that divide us. Swords are used to wound, scalpels are used to heal. Swords rely on force, scalpels rely on precision and care. Swords require that you move fast, scalpels require that you move slow. As followers of Jesus, there is not one issue we face in which a quick, forceful, attack will do anything other than irreversible harm. What we need are courageous men and women willing to slow down, and with gentleness and respect, join together in the slow work of healing.

Does this mean we will ultimately agree on these larger issues? Maybe, or maybe not. But what we will have gained is humility, compassion, and clarity on the common ground we have when we come around the table together. And lets be clear: this will not happen online. The deep work of the gospel happens in learning to love the neighbors in front of us, even when we disagree. Those who continue to choose the way of the sword will choose isolation and fear. Why? There’s no other way to maintain their identity. But as Jesus warned Peter in Matthew 26: “all who draw the sword will die by the sword.” If we only know who we are by who and what we are against, we’ll die in the isolation of our fears, defending a cause instead of defeating our division.

I can’t speak for you, but I’m ready to lay down my sword. Paul tells us in Ephesians 6:12 that “Our struggle is not against flesh and blood, but against the rulers, against the authorities, against the powers of this dark world and against the spiritual forces of evil in the heavenly realms.” If this is true, our enemy is not our ideological opposite. It is the spirit of division and the loveless, endless battle of polarization that stands in our way. We won’t go through our lives without an enemy… so let’s choose the right one.