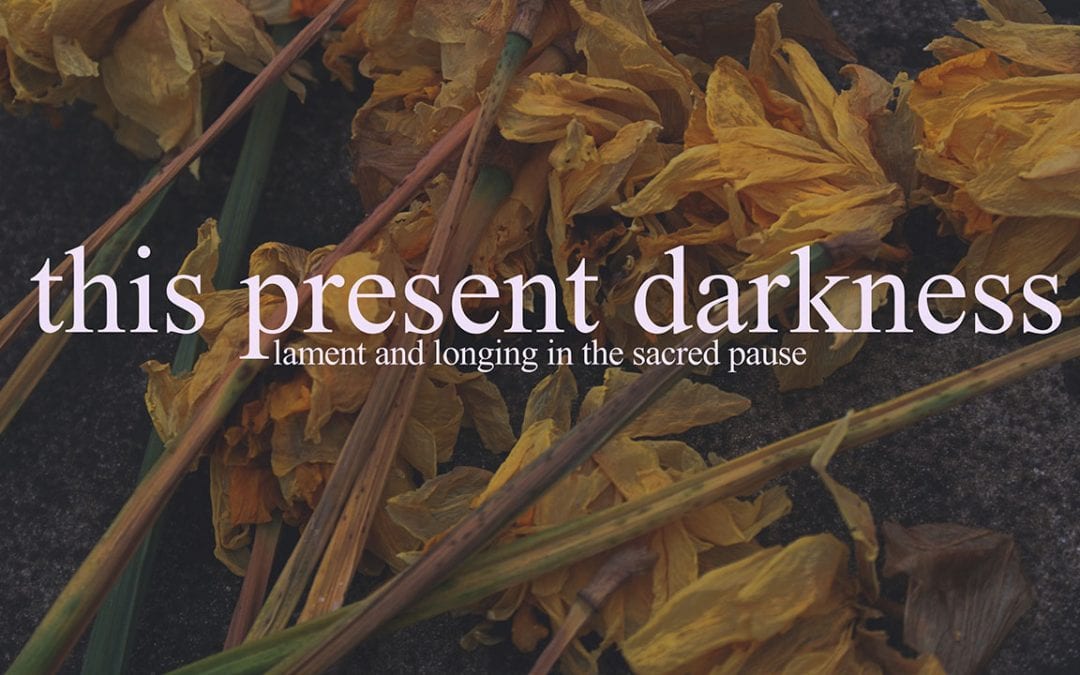 These words of the compassionate Sikh activist Valarie Kuar come to my mind often. In this season of lament, with its overhanging cloud of questioning, the query she poses feels especially potent.

When forced to take pause, to evaluate every aspect of our lives, to weep and mourn the many global losses of this tragic era, we come face to face with darkness. Death itself has a grip on humanity right now — quite literally. This pandemic leads us straight into the reality of this present moment: Holy Week is upon us. We are reminded once again that God in the flesh bore this mourning, bore these losses, bore the weight of death, hell, and the grave. The darkness of the tomb enveloped Love itself.

One of the most beautiful things about Christianity to me has always been that crucial aspect of embodiment. Jesus walked this earth as God embodied, as Spirit personified.

He wept and wearied, laughed and marveled.
He felt pain and sorrow, hunger and contentment.
He ailed and recovered.
He hoped and ached.

He dreaded and he pleaded. Then he felt the immense pain of betrayal: a figurative knife in his back.

He was beaten and he cried. Then he felt the immense pain of crucifixion: literal nails through his hands and feet and a sword through his side.

And he weakened.
And he died.

In the pause of the universe after his death, all of creation held its breath in quiet anticipation. Is this tragedy reality? It is. And there lies the tomb. The body of Life itself, dead in the darkness of the cold tomb.

The tomb is the place where Hope itself died, and then arose more powerful and justified than ever. The tomb is the womb where the groanings and labor pains of an anticipatory world are met with the ultimate release of new life, springing forth in miracle-laden glory. But Holy Week reins us in and whispers… 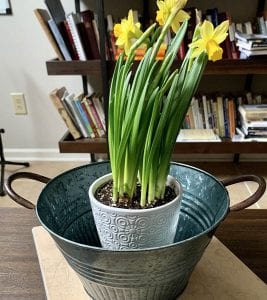 u reading this will remember that on January 26th at Restoration, our Sunday gathering concluded with a prayer time in which we asked God to cultivate our hearts for the year 2020. I sang the song Beautiful Things as the room was abuzz with hope. A large flower pot sat on our communion table, with beautiful yellow daffodils (some folks fittingly call them Lent lilies). We gave everyone a blank notecard and an ink pen and asked you to write down your hopes for the year ahead. You were vulnerable. You laid it all out, right there in bold ink, making the desires of your heart tangible things to be beheld. There were prayers for families, neighbors, and relationships. For struggles, addictions, and spiritual well-being. For careers, finances, and contentment. As our beloved church family received communion together, those prayers went into the flower pot with the daffodils. Those seeds were metaphorically planted and trust was placed in our gentle and loving God to tend the garden of our community, of our hearts, with compassion and care.

The cards were taken to be prayed over, but the flowers came home with me. You may well know that daffodils are a perennial bulb plant; they bloom each year, die, then come back again the next year. So I cared for them while also letting each bloom die gracefully. I gently cut each limp, brown stem from the plant and was thankful for the time I had to admire them. 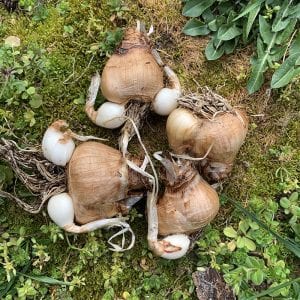 And now here I am, in the midst of a global pandemic, sheltered in my home away from my beautiful church family…and I still have these daffodil bulbs. The hopes that each of you wrote down that Sunday in January have likely changed. The prayers we prayed then have likely become even more fervent as we reach forth from our places of isolation and beg our Creator and Sustainer to tend to the aching world with compassion and care. Church, these bulbs are the tomb…but they are also the womb.

The prayers that were in your heart in January have not been forgotten. The hopes we lifted to God at the beginning of this year are not meant to be forsaken. To borrow a truth from the daffodils: these dry bulbs will produce life again. Here’s what pains us, perhaps: it will not happen right now. It is not instantaneous. We pause in Holy Week to let that truth wash over us. But in our longing, in our waiting, we have hope that even in the tomb, our loving God is setting the stage for abundant life more beautiful than we can fathom in the midst of our pain. In the waiting, may we take root in the rich, earthen soil of Hope.