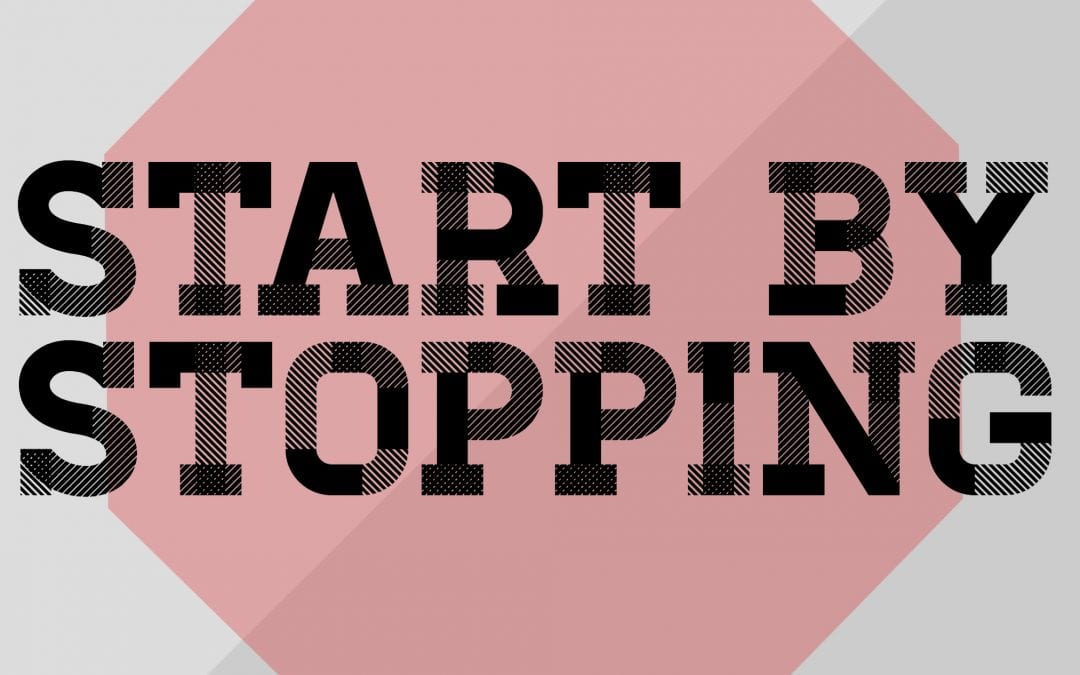 I like being out-front. I love entrepreneurial, innovative, new-frontier kind of work. As a church planter, you have to be a bit of a futurist at heart, committed to a better tomorrow and calling people to it today.

When it comes to my relationship with God, I too often fall prey to the habit of being so rooted in the future that I miss God in the present. As a result, I get out ahead of God and can be guilty of acting on behalf of Him instead of acting with Him.

In 1 Samuel in the Old Testament, there’s a king named Saul that has been a not-so-glowing example (and warning) of this habit. Saul was anointed king by Samuel, a man who was known for listening and obeying God. (In fact, the entire book of 1 Samuel is about who will listen and obey God). But it seems that even though God was with Saul, Saul was rarely with God. Saul had a habit of acting on behalf of God instead of acting with God. The result? God rejected Saul as king, and he eventually died in battle, the victim of his own pride.

For me, it’s been helpful to learn that God’s passions always move at God’s pace. We are called to do God’s work, but we do it God’s way and in God’s timing. We see this in the life of Jesus, who didn’t rush from one place to another desperate to get things done “for God.” Instead, Jesus had a regular rhythm of withdrawing from public life in order to reconnect with the Father. In fact, Jesus said he only did what the Father was doing (John 5:19).

For Jesus, His mission was dependent on a regular rhythm of connecting with the Father in order to do what the Father was doing.  Listening to His Father was at the heart of His mission. Unlike Saul, Jesus didn’t act for the Father, he acted with Him and through Him.

In our series “Surprise The World,” we’re unpacking 5 habits that help us be good news to the world around us. Our third habit? Listening. The habit of stopping for communion with God in order to hear and obey Him is paramount to our ability to live on mission together. Our mission starts with stopping. As we live out(like Jesus) the regular rhythm of stopping to listen and responding in obedience, we’ll learn that it is God that has gone before us, preparing the way for the mission he’s called us to.