God Is Building Us Together 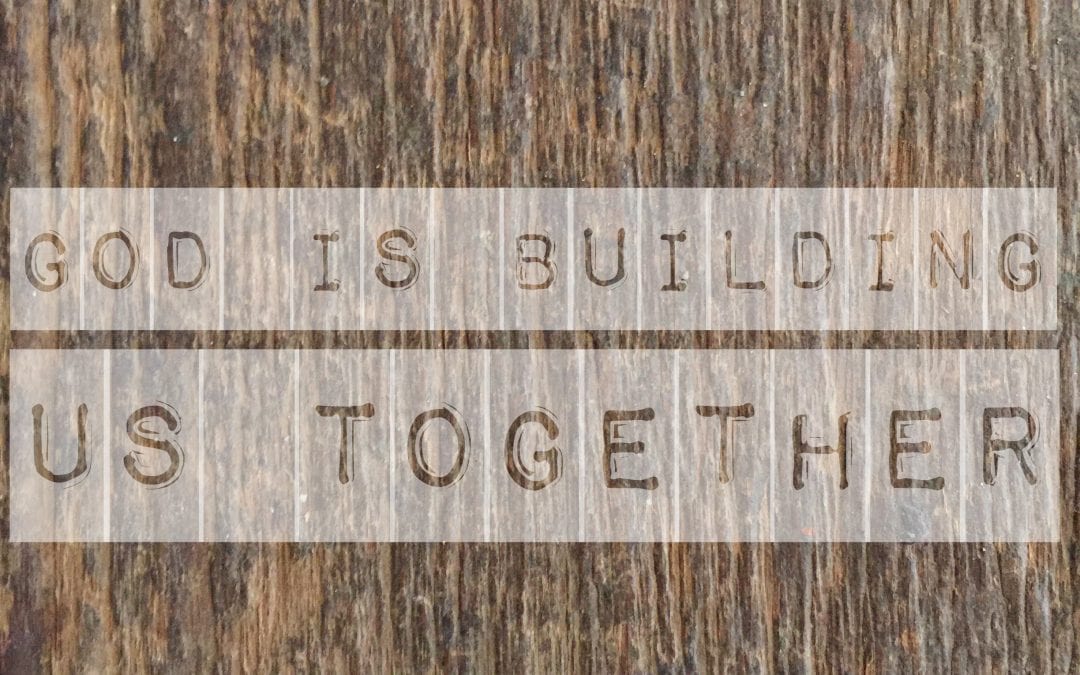 Around 10 years ago, my wife and I were missing something. We were a year into marriage and active in our church. Everything was going fine, but spiritually, we needed to take a new step together. I had read a book that had made a particular impact on me, and on a whim, I decided to see if a few old friends wanted to get together weekly over a meal to discuss it. There was no grand plan, just a desire for meaningful relationships.

It started with a few friends in our apartment, but it quickly grew to more and more folks joining us over a meal. We studied the Bible together, and in those conversations we grew to know God and one another in new ways. We were, quite literally, sharing our faith. It became the highlight of our week.

Ten years later, the house and the people are different (and there’s a ton of kids), but we’ve continually been investing in community now for a decade. We’ve learned a lot, screwed up a lot, and had to forgive and be forgiven a lot. But I can honestly say that choosing to invest in life together has been the most important spiritual practice of our lives together over the last 10 years.

We are in a series called Throwback, where we are exploring the life the early Church in the book of Acts.  In Acts 2:42-47, we see how the early Church was committed to a shared faith. They had common rhythms, common practices, and a a common devotion to Jesus. They had a practice of gathering both in the temple and the home (Acts 2:46). There was corporate worship together and a common life together in homes. It wasn’t an either-or, but rather a both-and reality.

Right in the middle of the Temple, God’s new Temple – his people – were being formed. These common rhythms and practices were forming them into the image of Christ together. In Ephesians 2:21-22, Paul says In him the whole building is joined together and rises to become a holy temple in the Lord. And in him you too are being built together to become a dwelling in which God lives by his Spirit.

The songs we sing together on Sunday nights, the meals we share together throughout the week, the people we are serving in our neighborhood – In all of this, God is building something beautiful.

All those years ago, I wasn’t missing something from my life. Rather, I was missing from a big part of God’s life here on this earth. I “went to Church,” but when I began to share life in community with other believers and seekers, I joined in with what God was building on earth – His body. In essence, after years of going to a service, I joined God’s Church. And since then, I’ve been passionate about making sure everyone is welcome into what God is building in us, both on Sundays and throughout the week.

This weekend, you’re going to hear about our vision for this life together at Restoration, and how this forms us as a community. Don’t miss it – see you Sunday night!