From Crossroads to Restoration 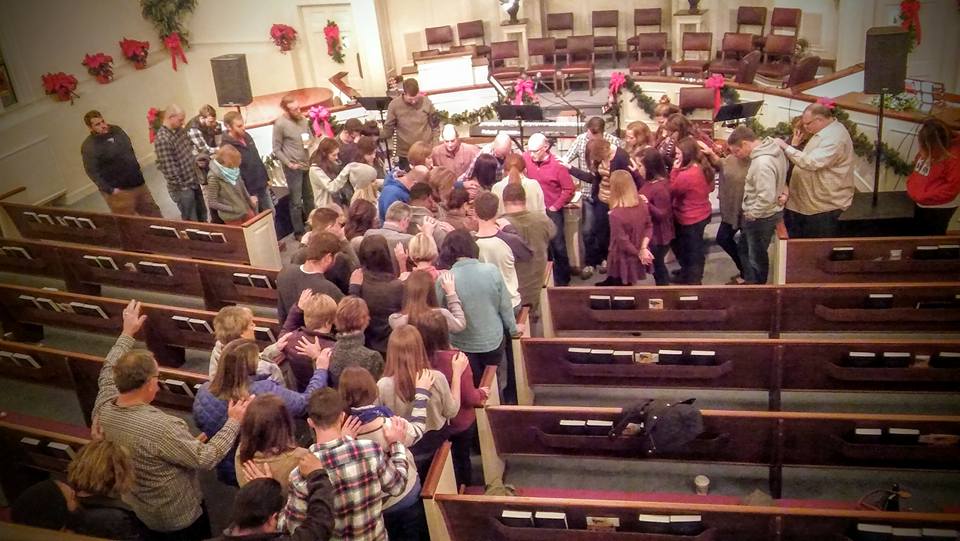 I arrived at Crossroads towards the end of 2011. I was a broken, cynical man who found himself outside of ministry and in a really unhealthy place personally. Erica and I had just had our first child, and we didn’t know what to do next. I knew ministry was my calling, but I was wounded. When I was approached by Lynn Buckles to lead worship part-time at the newly formed Richmond campus, I initially said no. I wasn’t ready. But a few months later, I said yes. I told Lynn I’d give him 4 months before I went to seminary and prepared to plant a church in downtown Lexington.

5 years later, I stayed longer than I expected. That calling to plant a church in downtown became the Downtown Initiative, a missional community focused church family that eventually took form as Crossroads Downtown in September of 2014. During these years, Crossroads has been a place of emotional and spiritual healing for Erica and I. I’ve been mentored and poured into by the likes of Lynn Buckles, Greg Gilmore, and Glen Schneiders. Being under wise, healthy leadership who both encouraged and challenged me was invaluable.

In early September, the staff of Crossroads Christian Church learned of the possible merger with Crossroads Cincinnati. My initial response, like many of us, was shock. As a large healthy church, a merger of this size and scope was virtually unheard of. I wasn’t sure how this would affect my role or Crossroads Downtown’s mission in the city, but I moved forward because I love and trust our leaders.

But as we moved further into the process and learned more about the culture and expectations of my role under the new philosophy and direction, it became clearer that I wasn’t a good fit. I wrestled with this, and at first was determined to press through and try and fit in any way I could. But through a considerable amount of prayer, conversation, and contemplation, I learned that this wasn’t where God was leading me.

A few weeks back, I informed Glen and the Cincinnati team I would not be continuing as campus pastor of the downtown campus. As you can imagine, this was a heart-wrenchingly difficult decision. But it was one that Erica and I feel a genuine peace about, and God has confirmed this decision multiple times through multiple people.

I want to be clear: this was my decision. Crossroads isn’t forcing me out. We have the tendency to formulate conspiracies in these scenarios, but there simply isn’t one. My decision was made and communicated before the vote, so Cincinnati had nothing to do with it either. I love Crossroads deeply, and couldn’t be more grateful for my time here. While I won’t be continuing on, I pray God uses their efforts to advance the kingdom in our city. I’m confident he will.

What about the Downtown Campus?While Crossroads remains committed to a downtown presence in the future, the current “form” of the Downtown campus will end operations after our Christmas service on December 23rd. In the event a new leader and location, Crossroads will relaunch their downtown presence when possible, with the goal of being closer to the University of Kentucky campus in order to reach more students in the near future.

What’s next for me?Erica and I love Lexington, and we still feel called to kingdom investment in the downtown area. We came to Crossroads with a passion for discipleship and mission, and our time here has equipped us in many ways. We plan to continue missional efforts in the city along with other families who feel the same call. In early 2017, myself and Adrian Wallace will be launching a new church centered in downtown Lexington. Our passion is to build a Church that displays the gospel in our city, in particular through diversity. In many ways this is less a ‘leaving’ and more ‘sending.’ Our prayer in our new journey is the same – in downtown Lexington as it is in heaven.

To those of you who’ve encouraged us, challenged us, laughed with us, cried with us, worked with us, worshipped with us, prayed with us, and everything in between – there’s isn’t a big enough thank you. We are grateful for your continued prayers and support. Crossroads is family, and always will be.