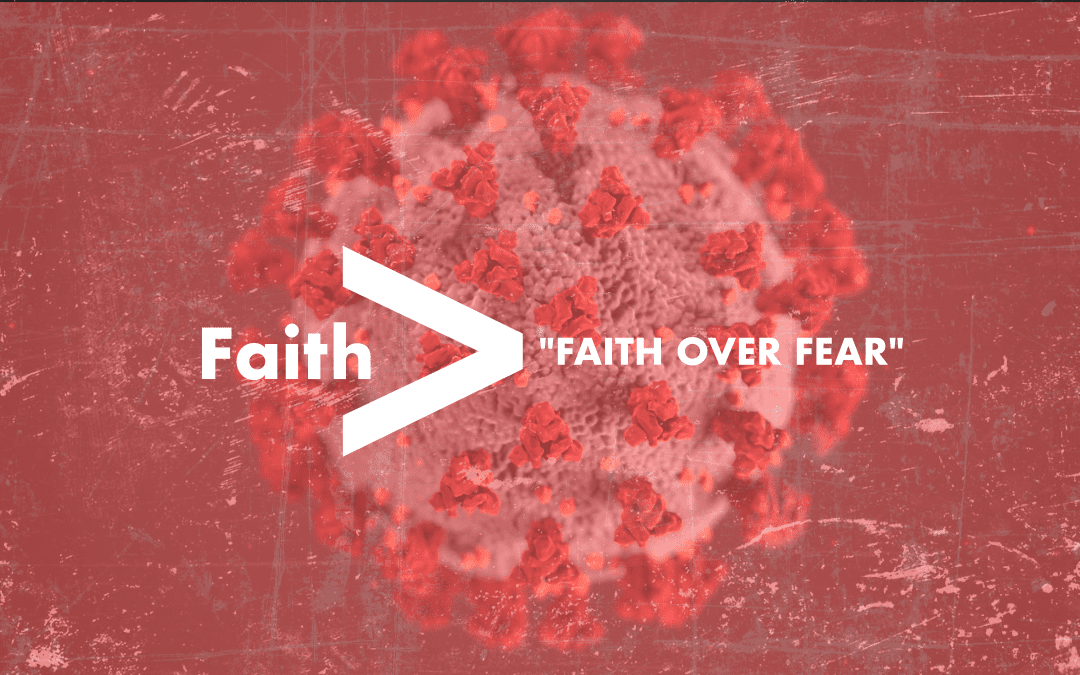 Faith Over Fear.
This simple mantra has become a rallying cry for those in our politicized, pandemic society to push back against the flurry of safety protocols and calls for vaccinations in the face of rising cases across the nation. It’s been made into t-shirts, bumper stickers, and has been made into 10,000 memes spread far and wide across social media.

At its heart, though, it is a theological claim. As Christians, they’d argue, our response in the face of COVID-19 should not be driven by the fear of catching or spreading the virus. Instead, a response of faith in God would be to go on with our life without being weighed down by the worry of sickness and death. To do so, they’d say, is tantamount to a “lack of faith.”

The claim is also eschatological. Because we have an eternity that awaits us in the presence of God, we shouldn’t fear death at the hands of a virus. Our faith, our confidence, our assurance? That should be a witness to a dying world around us. By giving into the mitigating tools of masks, vaccinations, and the onslaught of media attention to the dire trends across our country, we’re showing that we place more of a focus on this life – not the life to come.

Now hear me – to be sure, I believe those who hold to these beliefs are genuine in their faith. I have no doubt of their desire to hold fast to their faith in an ever-changing world that isn’t always welcoming to people of faith. I honor their hope in the promise of eternity that awaits those in Christ – a hope that should be foundational for every believer. I also sympathize with their suspicion that news coverage surrounding the virus is easily skewed and sensationalized. Like everything in our modern world, our attention is monetized, and even the best intentions feed the clicks and ratings.

My struggle with this idea, however, is biblical and historical – and then by nature, practical. Biblically defined, faith is “confidence in what we hope for and assurance about what we do not see (Heb. 11:1).” To follow, the writer of Hebrews gives us several inspiring examples of faith – Moses, Abraham, Sarah, Enoch – men and women who showed remarkable trust in the promise of God, and in doing so, saw miracles. “Faith over fear” points to these examples; after all, shouldn’t we expect God to do the same kind of miracles through our faith? Why, then, would we join the world’s attempts to curb this disease, when instead we can overcome it by faith?

I have no doubt God can and does protect, heal, and do miracles. I’ve seen it first hand! Yet the end of Hebrews 11 isn’t always included in the discussion on faith. It reads: “There were others who were tortured, refusing to be released so that they might gain an even better resurrection. Some faced jeers and flogging, and even chains and imprisonment. They were put to death by stoning; they were sawed in two; they were killed by the sword. They went about in sheepskins and goatskins, destitute, persecuted and mistreated— the world was not worthy of them. They wandered in deserts and mountains, living in caves and in holes in the ground (Heb. 11:35b-38).”

This is remarkable. In the same chapter that shows us the heights of faith and trust in the promises of God – and the miracles that resulted – we see unimaginable suffering. Wrongful imprisonment. Torture. Death. Poverty. Abuse. These weren’t miracles in the least, but they are qualified alongside the miracles as examples of miraculous faith.

The Bible doesn’t create a false dichotomy between genuine faith and the experience of suffering. In fact, with the cross as the centerpiece of our story, we see redemptive suffering as both the very definition of love and the pathway of obedience for every believer. Faith in God expressed in ways that don’t form us into this same Christlikeness is a distortion of the gospel we proclaim. God’s primary work in us – in both miracles and in our suffering – is Christlikeness. And the primary work of Christlikeness is a life of cruciformed love – for God and our neighbors. Paul says it best in Galatians 5:6: “The only thing that counts is faith expressing itself through love.” 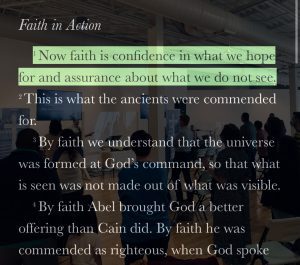 In the end, the biggest problem with “faith over fear” isn’t faith. It’s that the faith being expressed isn’t expressing itself through love. And in the face of suffering and death, genuine faith, historically speaking, has always led to sacrificial love of neighbors. Did Christians run towards plague victims in the face of death without fearing for their own health? Absolutely. But Christians also invented hospitals! St. Basil of Caesarea created a hospital with over 300 beds in 369 AD. Edward Jenner, himself a committed Christian, coined the term “vaccination” during his research that ultimately led to the eradication of the most feared disease of his day: smallpox.

Why does this matter? From the beginning, Christians have had faith that God can heal both through miracles and through the advancement of medical care. For modern Christians, this means having faith enough to believe God can protect, heal, and do miracles through the work of doctors, epidemiologists, and other medical experts – and that preventative measures like masks and vaccines are a gift from God, not a lack of faith in him. To go further, we are called to a faith that believes God can and does work through the wisdom and work of non-believers. The doctrine of “common grace” teaches us that the manifest wisdom and goodness of God can be at work in every human being – even if they aren’t followers of Jesus. That is the power of grace!

The challenge, then, is clear: we are to have faith over “faith over fear.” Faith in miracles and medicine. Faith in God’s work in suffering and healing. Faith in power of grace to transcend the boundaries of our expectations and move even in those who don’t claim Christ. And most importantly, a faith that expresses itself in love. The days are dire, the virus is mutating, and our neighbors are at risk. And God has given us the gift of wisdom, discernment, and medicine – including masks, vaccines, and other preventative measures – as an opportunity to do the only thing that counts: having a faith that expresses itself in love. That’s the kind of faith I want to be known for.