Confessions Of A White Pastor 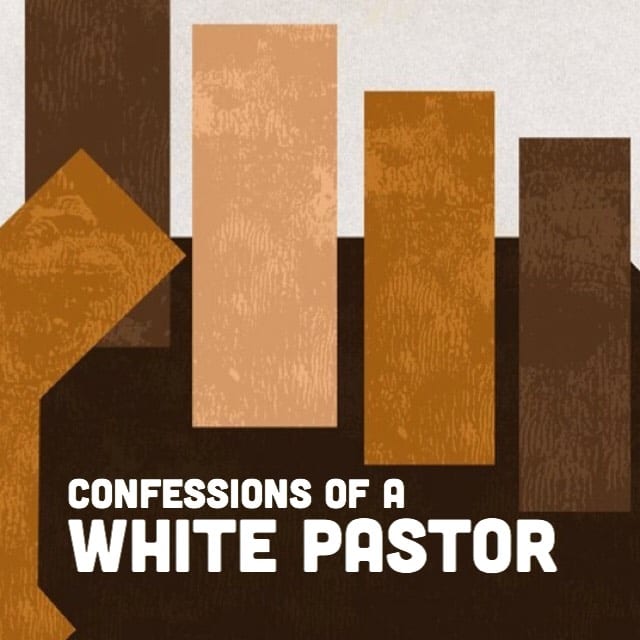 It was never my problem.

It was cultural. It didn’t affect me. So why bother? It is what it is.

I grew up in a country church that saw one African American walk through it’s doors in my 18 years growing up there. When I got to college, I got involved in a campus ministry that was almost completely white. I then got a job at a church that had a sprinkling of color, but not much.

I would read passages like Revelation 7:9 (“After this I looked, and there before me was a great multitude that no one could count, from every nation, tribe, people and language, standing before the throne and before the Lamb.”) and think, “That’s cool. That’ll be cool there” without the slightest thought of how God wanted it here. Now.

In the next decade in ministry, having little to no ethnic diversity among my congregation (and close relationships) did not register as a concern in my mind. Did I agree that our churches needed to be diverse? Of course – very few of us wouldn’t agree with that. But the answers I used to justify that “it’s just the way it is” kept me insulated from reality.

What answers? Typically they took the form of the claims that it was all cultural; in other words, black (and latino and so on) churches had their way of doing things, and we’d be wise to let them do their thing. And like thousands of other “values” that produced no action, it was tucked away into a mind satisfied with checking that idea off as being “right.”

But over the last couple of years, my heart has been jarred out of place by the racial unrest in our country. Conversations with my now co-pastor, Adrian, helped me process the growing discontent with my own complacency. Listening to voices of color outside of my own context have given me a lens outside of my own.

The harsh reality I had to face was that there is no “value” that doesn’t produce action in the form of intentional steps. If I’m not willing to act, it’s not a value. Diversity in the Church was not a value unless I was willing to build into that value.

And you know what? It was cultural, but not in the way I thought. I had a massive blindspot in my inability to see my own culture. Here’s the thing, fellow white people – we have a culture. We have a way of doing things. We have preferences.

In the white, evangelical Church, we tend to talk about reaching “the culture,” but what we usually mean – intentionally or not – is reaching our culture. The truth is, we are a culture, one of many cultures in this country. And like any culture, we like doing things our way.

In the end, I found that this was my biggest barrier to action – I liked the way we did church. I’d rather try and force a sprinkling of color into my cultural practices than accommodate another culture’s way of doing things. It wasn’t theological, it was preferential. It was consumerism dressed in religious clothing. I saw in my heart the propensity to find theological reasons to prop up how I wanted things to be.

So when God opened the door to plant Restoration this past fall, in many ways moving forward was an act of repentance. We’ve taken intentional steps in diverse leadership and diverse worship that are vastly different than what I’ve experienced before. Almost two months in, let me tell you – it’s not been easy. We’ve wrestled through the cultural differences and expectations, and along the way, we’e grown in our competency to see the Gospel through the eyes of others.

It has stretched  and strengthened us, and through the difficultly we’ve sensed a fresh move of the Spirit among us. I attribute this less to how we are doing our services and more to how we are humbling building into one another, forgiving one another, and discovering how to bring the reality of heaven to earth in the form of a diverse congregation. It has been more than worth it.

Our mission will be shaped by our willingness to live in the realities of those we are called to reach, across cultural and racial barriers. We don’t think waiting until heaven to experience a diverse church is an option – we are going to seek it in the here and now.

We are far from arriving. We have so far to go. I have so far to go. But as one of the pastors of Restoration, I am committed to being “lead repenter” when it comes to diversity. This means listening first, being aware of my own cultural bias, and humbly pursuing reconciliation in the form of intentional relationships.

So consider this a confession – just one of the steps on the road to repenting from the inaction that plagued me for too long. I’m praying others will join me. I want our city to see God more fully through the beauty of his diverse image-bearers. I want “on earth as it is in heaven.”

We are staring a new 2 week series this weekend called “One Another” around being a diverse Church. This weekend, we’ll look at the biblical mandate for diversity. If you’re like me and you have a long way to go and want to move forward, I mean it – don’t miss these next two weeks!