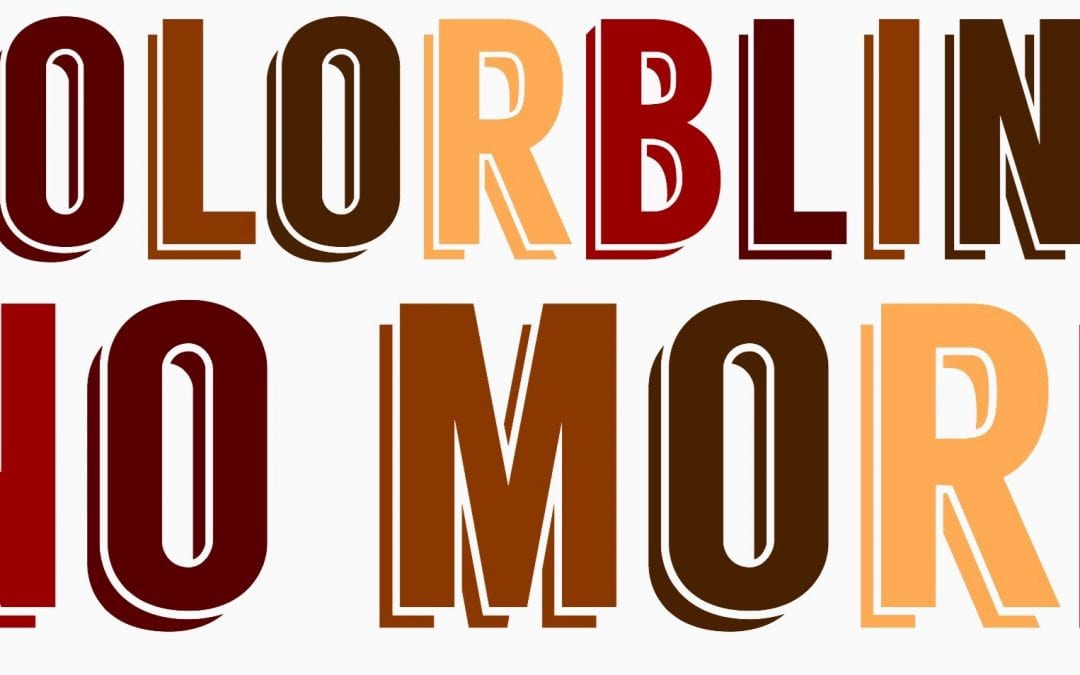 Maybe you’ve said it. You’ve suddenly been confronted with a conversation about race, and your natural instinct is to express your desire of being colorblind – a well-meaning expression that intends to downplay the differences between us. I’ve said it before. As a white person, I’ve heard it more times than I can remember.

In my mind, If I were racially colorblind it would create a worldview of equality. I knew that heaven would be full of people of every tribe, nation, and tongue, and in the words of the prophet Bono, “all the colors bleed into one.” Until then, my perceived colorblindness would downplay our differences, and in whatever way it could, foster unity.

Little did I know that it was precisely those differences that God wanted me to see – and celebrate. Instead of progress being colorblindness, progress became the ability to see the beauty and diversity of God’s image-bearers in all their colorful splendor.

Which brings us beyond the color of skin into the content of their story. You see, for us to leave behind colorblindness, we have to be willing to listen and learn from the stories struggles that form the lives of those who are unlike us. As a white man, it has meant coming to grips with the privilege my own whiteness has afforded me in contrast to people of color. It has meant immersing myself in the voices of minorities who have experienced prejudice and oppression. It has meant understanding the realities of my own white cultural identity – something that I was totally blind to.

The result has been a journey of repenting of my colorblindness and seeing the beautiful mosaic of God’s diverse family. I by no means have arrived. In fact, every step forward seems to open another door of learning. It sounds crazy, but in a way it’s been like being born again again. I am seeing the world with new eyes.

We began Restoration with a heart to be a multiethnic church that looked like heaven. Revelation 7:9 says After this I looked, and there before me was a great multitude that no one could count, from every nation, tribe, people and language, standing before the throne and before the Lamb. Our future is one of seeing EVERY color like we’ve never seen before. For us, that’s a future we want in the present.

And to get there, we’ve tried to be intentional about leadership and music diversity in our services. But in reality, this is the first step in many steps we need to take moving forward. Much of the work we have to do is in us – confronting our own bias, prejudices, and blindness. If we want to love our neighbor as ourselves, we have to learn to see our neighbors for who they are. We are not driven by shame or guilt, but rather a desire to rethinking everything – including race – in light of Jesus.

As a pastor at Restoration, I am committed to leading our community into the same awareness, because I want every person to see and honor the beauty and struggle God’s image-bearers from every tribe, nation, and tongue. Ultimately, it’s an issue of worship – God is glorified all the more when I see and celebrate Jesus in those who are not like me. I won’t pretend this is an easy journey, but it couldn’t be more worthwhile.

This weekend, our UNLEARN series is all about Unlearning Race. Maybe that sounds like colorblindness to you. I assure you it’s the opposite! It’s going to be all about seeing outside of ourselves and learning the stories and struggles of those unlike us. I HIGHLY encourage you to grab a friend and join us Sunday night. You’ll be hearing from folks you’ve never heard from before about the issue of race. It’s going to be awesome!